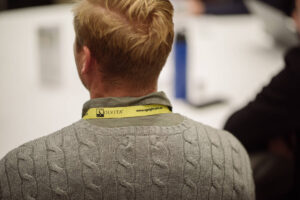 The 2022 Australian Organics Recycling Association conference is on from 27-29th June in Glenelg, Adelaide. Registrations are open at www.aoraconference.com.au.

AgSight will again be there to continue our support for AORA and the compost industries across Australia. Keep an eye out for our bright yellow lanyards featuring the Solvita™ brand.

Solvita Maturity Testing technologies play a key role in the making of good quality composts and the Solvita Soil Health tests allow farmers to see the benefits that composts bring to their soils and crops.

I look forward to catching up with everyone at the conference. In the interim, keep active, and please contact us to purchase Solvita products and discuss our Agricultural Research and Technology services.

A variety from IRRI in Ibadan, Nigeria brought back to Australia by Dr Howard Bradbury at ANU in Canberra. Stem cuttings were provided by Dr Bradbury to AgSight in 2016. The variety has since been established in a field nursery at Kununurra in Western Australia. It is also growing in Queensland and at Monash University in Melbourne.

A variety introduced to Australia from CIAT in about 1980 and was maintained in the Australian Cassava collection at the University of Queensland’s Redland Bay farm near Brisbane. Stem cuttings were sent to Dr Howard Bradbury at ANU in Canberra in about 1990, and subsequently provided by Dr Bradbury to AgSight in 2016. The variety has since been established in a field nursery at Kununurra in Western Australia. It is also growing in Queensland and at Monash University in Melbourne.

A variety introduced to Australia from CIAT in about 1980 and was maintained in the Australian Cassava collection at the University of Queensland’s Redland Bay farm near Brisbane. Stem cuttings were sent to Dr Howard Bradbury at ANU in Canberra in about 1990, and subsequently provided by Dr Bradbury to AgSight in 2016. The variety has since been established in a field nursery at Kununurra in Western Australia. It is also growing in Queensland and at Monash University in Melbourne.

Originally collected by Doug Forno at Hambeldon Sugar Mill, Cairns in 1972 but believed to be from Fiji. The variety has been widely distributed in Australia, and sent to Africa.

A variety with high-yielding vegetative and storage root production across the range of environments in Australia where cassava was grown.

Originally collected at Bundaberg but believed to be a 1925 introduction to Australia from Brazil for the purpose of power alcohol generation. 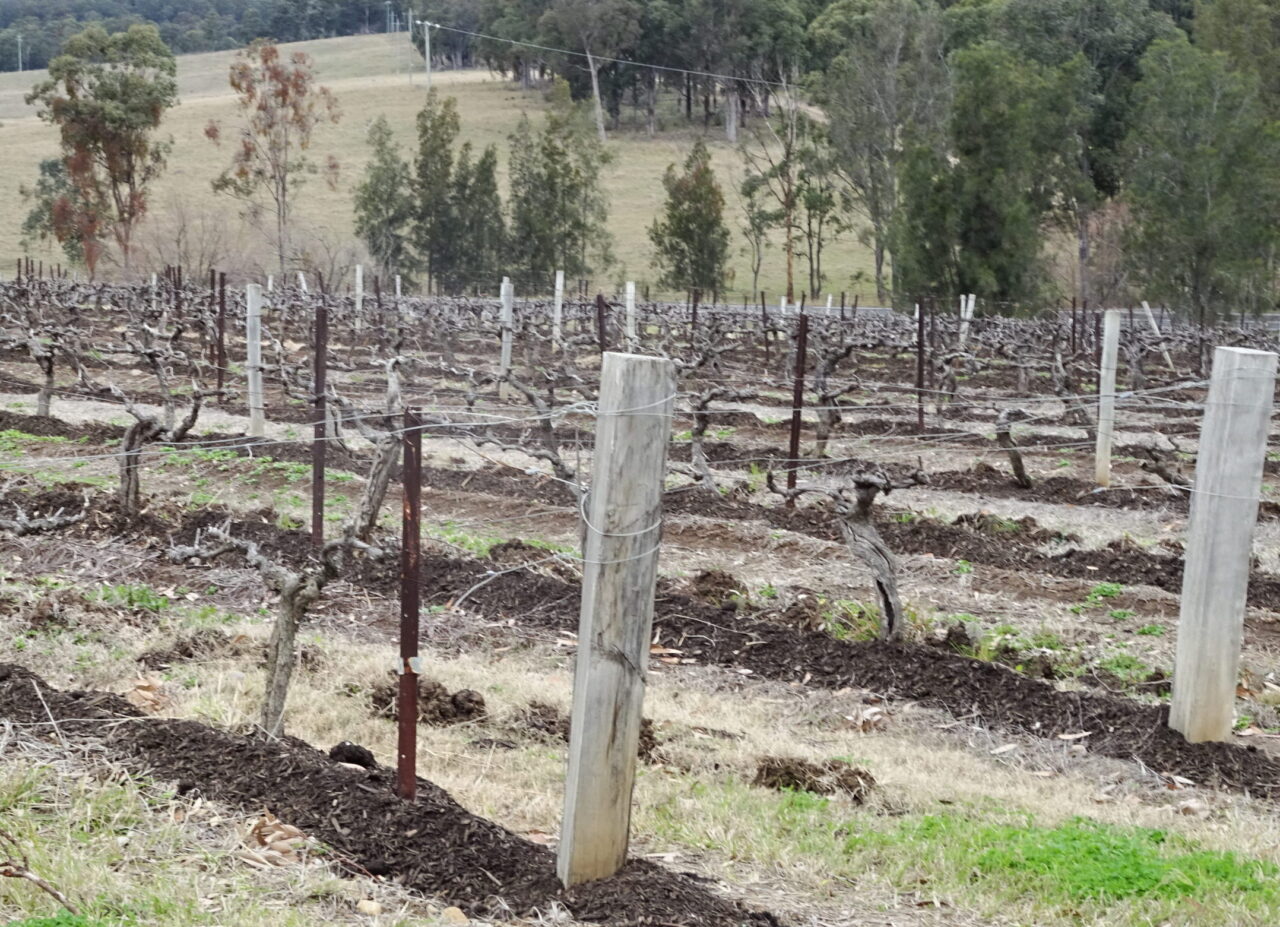 The way in which carbon is built-up in soil and how it can be managed to achieve productive agriculture may soon become the farming dogma.

The measured benefits of compost are also well-regarded.  Humus is a game changer that improves soil structure, water-holding capacity and nutrient availability, although in truth those benefits accrue mostly in the surface soil and the nutrient amounts are quite small. Lots of compost must be applied regularly.

There are other fine qualities of compost that cannot be seen nor felt nor smelled. One such acknowledged benefit is for composts to improve microbial activity. In reality composts bring microbial biomass to the soil and the activity of that biomass will depend on how much labile carbon remains in the compost (not much if it is mature) and how much organic carbon exists in the soil (not much if it is a typical Australian agricultural soil).

The microbial activity of bacteria and fungi in the soil is most important. Bacteria and fungi use carbon directly and transfer energy to the soil food chain thus driving the soil biological processes and carbon accumulation in soil. The carbon mineralisation process releases nutrients to growing plants.

Microbial activity cannot be seen but it can be easily measured. The main feedstock of microbial activity, the soil labile carbon, can too be easily measured. Those data can provide a guide as to how to supply compost and labile carbon to promote crop growth. Better crop growth results in more plant residues, and more residual biomass fuels the composting process in situ and the creation of more soil carbon.

The opportunity for compost makers is to spread their limited compost products wider to a bigger farmer group. New technology can be developed to use less compost at each site but overall to create more organic carbon and more productive soils. This approach will create more value for everyone and have a bigger impact on Australian agriculture.

There are two books on the topic that I have enjoyed reading.

The first is Earth Plant and Compost by William F. Brinton (Thomson-Shore Inc.) a general and easily understood guide to composting which AgSight can supply to you. 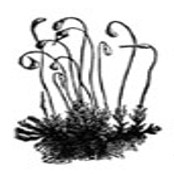 BIOCRUST4 is the 4th international workshop on the science, art and ecology of biological soil crusts. It follows on from successful events in Germany, Spain and the USA.

It will be held at the Moreton Bay Research Station located on North Stradbroke Island (Minjerrabah) in Queensland, Australia from 25-30th August 2019.

AgSight is pleased to sponsor a student to attend the workshop.

Biocrusts have profound effects on ecosystem properties and functions, and the study of biocrusts will support our work to incorporate ecological processes in agricultural systems. 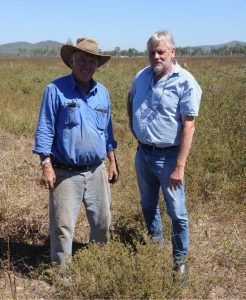 The selection shows good promise growing here during August 2017 in a free-draining light and infertile soil well-suited to Stylo and Wynn cassia. 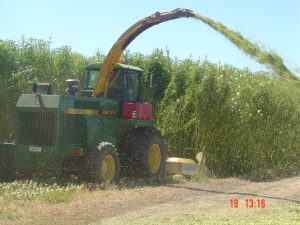 Putting carbon into the soil can rectify two of our global problems.

In resolution of the first plight, it is the carbon which can be taken from the atmosphere which is important. In respect of the second issue, it is the effect of carbon in organic residues on soil biology which will sustainably increase food production.

Those matters have been widely reported and are generally accepted, and it is not the purpose of this article to sanction them. Instead it is intended to say that the premise that carbon can be added to agricultural soils by organic residues should have gained real traction and investment but it hasn’t.

Let me say it again, the crucial matters are the carbon dioxide concentration of the atmosphere, and the cycling of carbon from plants to the soil to in-turn promote plant growth.

Putting a price on carbon (however it is derived) may serve to limit carbon emissions but it does not remove carbon dioxide from the atmosphere, and it does little to focus agriculture towards systems that use carbon-rich soils to produce abundant foods.

Putting carbon into soil is real ‘carbon capture and storage’ and while it is necessarily a long game it is a biologically-perfect process. As organic material decomposes in the soil part of the consumed carbon is respired by soil microorganisms to the atmosphere, and part of the carbon is reassimilated in higher-order soil organisms (that in-turn are consumed) until humus and other soil carbon fractions that are resistant to decomposition are formed.

The amount of decomposable (labile) organic matter in soil is the determining factor in both sequestering atmospheric carbon into soil and maintaining diverse and active soil microbes. Microbial activity is crucial because it results in carbon and nitrogen mineralisation and the release of other nutrients essential for plant growth.

Measuring respiration from soil microorganisms is now easy and inexpensive, and it is a critical piece of information that farmers and other land managers can use to promote carbon storage in soils and sustained production.

Two recent research papers give insights about the processes by which carbon ends up in soil. The first by Munoz-Rojas et al. (2016) describes how in restored mining topsoils, vegetation cover begets carbon in soil and microbial activity, which in-turn begets vegetation cover. The second paper by Walela et al. (2014) describes how residues whether from straw, pastures or woodlands vary the amount of active organic compounds and the rate of carbon turnover. The collective point is that carbon sequestration to soil is manageable and should be pursued in mining, pastoral and agricultural situations.

My own work (Ockerby et al. 2014) and that of my colleague (Yang et al. 2014) demonstrated the responsiveness of floral development in plants to growth.  Soil microbial activity affects plant growth and plant growth determines carbon capture from the atmosphere.